On Friday, the National Museum of American History will reopen in Washington DC, with a new centerpiece exhibition about the Star-Spangled Banner, the flag that inspired the national anthem. (Previous sneak peek here.) The Museum has been tracking the progress of the building-wide renovation with a blog and Flickr photostream. C&G Partners, along with collaborators Chermayeff & Geismar Studio, have been leading exhibit design on this project for eight years. More credits at the bottom of the post. In celebration of opening week, here are a few images from behind the scenes, starting with the Star-Spangled Banner being unrolled onto the display table by a team of conservators (Photos: Smithsonian): 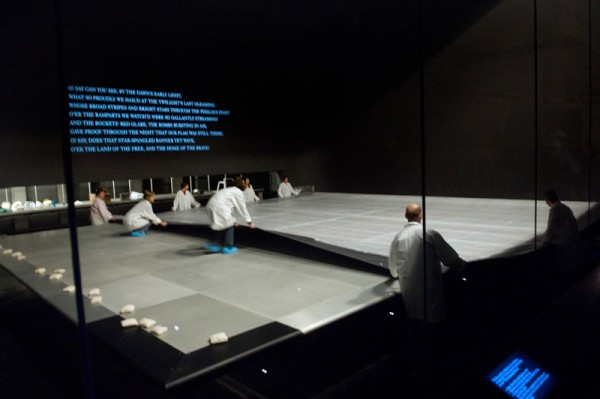 The flag almost fully unrolled (once the flag is installed, the table will tilt up at 10 degrees off horizontal; this image is a rare look at a scene visitors will rarely ever see):

The flag fully installed in the viewing chamber, beneath the glowing first stanza projected on the back wall in pure light: 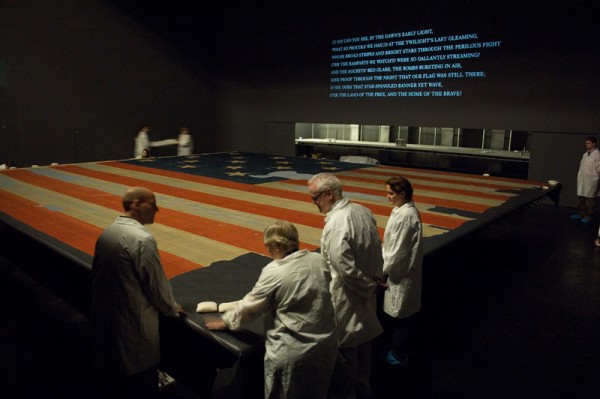 Calibrating an interactive table that will let visitors “touch” the flag and learn more about it at actual size: 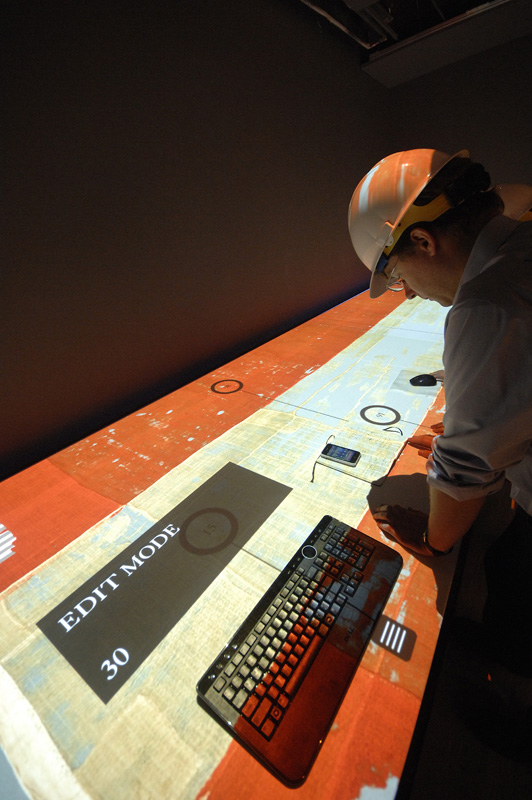 The exit corridor, where several dozen versions of the National Anthem will play, during installation: 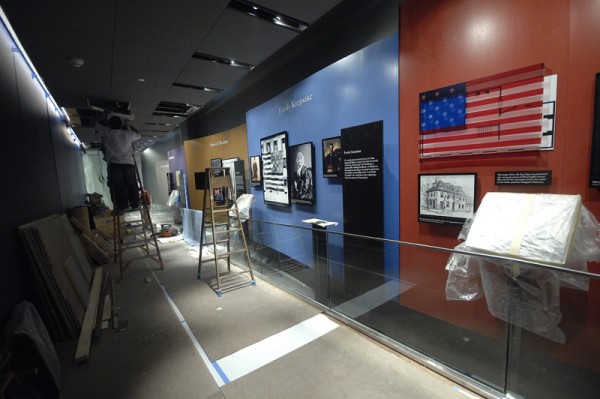 Final interactive design of the table was done by Potion. Final audio-visual design was done by RBH. The architects of the building and interiors, who also did final design of the flag chamber based on a concept design collaboration with the exhibit design team, were SOM. Photos: Smithsonian.