Yankee Stadium in the New Yorker

C&G Partners is working on the signage, architectural graphics and exhibits at the new Yankee Stadium, which opens to the public next month. Although the project is still officially under wraps until the public opening, images of the work in progress have been appearing in various places for a few months and in the Yankees official online photo galleries. Last week, this image of the exterior facade of the new stadium appeared in the New Yorker, in an article by Paul Goldberger. The architectural graphics shown in the image were designed by the firm. 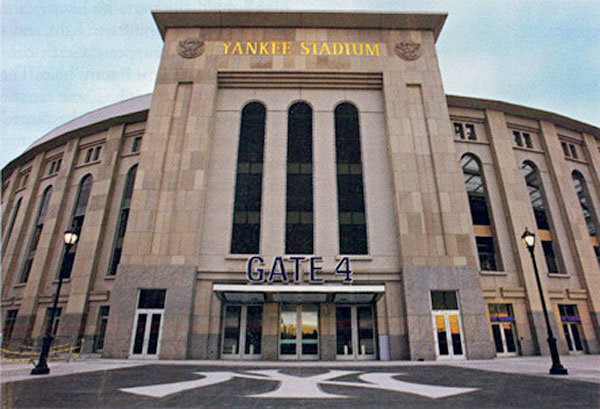 The Yankees project is being led by Partner Keith Helmetag and Associate Partner Amy Siegel.