A Wayfinding System for the Longest State Trail in America

The newly opened Empire State Trail is the longest multi-use state trail in America, with 750 miles of trails and a project cost of $200 million. It hosts runners, hikers and bikers from New York City all the way to the Canadian border, and from Albany to Buffalo along the Erie Canal. C&G Partners designed a wayfinding master plan for trail gateways, signage, and interpretive displays distributed across an entire state.

“During this unprecedented year, the Empire State Trail has been a lifeline for many, as local residents explored recreational opportunities in their backyards while remaining safe during a global health pandemic.”
​—Lieutenant Governor Kathy Hochul

The system includes an ensemble of sign types to address diverse trail conditions across 750 miles of pathways.

In the trailhead gateways, custom cartography places the local district into the overall trail context while interpretation offers neighborhood stories and insights about cultural and retail venues. Attractions along the trail include 200+ New York State microbreweries. The Empire State Trail Brewery Passport, which is connected to the ThinkNYDrinkNY app, challenges trail users to explore them all. 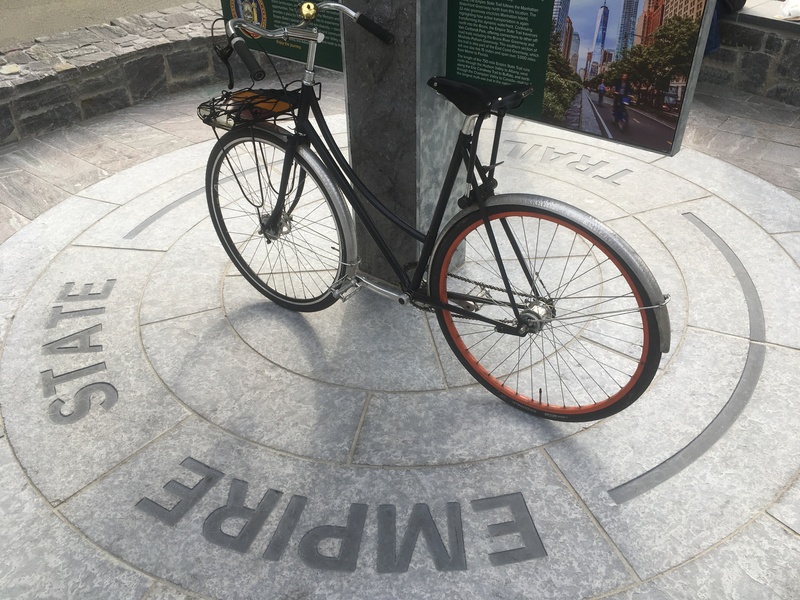