C&G Partners featured in “Image of the Studio” Exhibition

C&G is honored to join over 75 current New York City graphic design studios in the new exhibition Image of the Studio: A Portrait of New York City Graphic Design. The show, opening tonight, will feature original visuals and studio portraits from each studio (ours below), as well as data visualizations on the similarities and differences in philosophies, working styles, and quantity of pets. The exhibition is co-curated and organized by the Herb Lubalin Study Center at The Cooper Union and the creative studio Athletics. It will be open from October 1–26, 2013, at the 41 Cooper Gallery at Cooper Union. See you there! 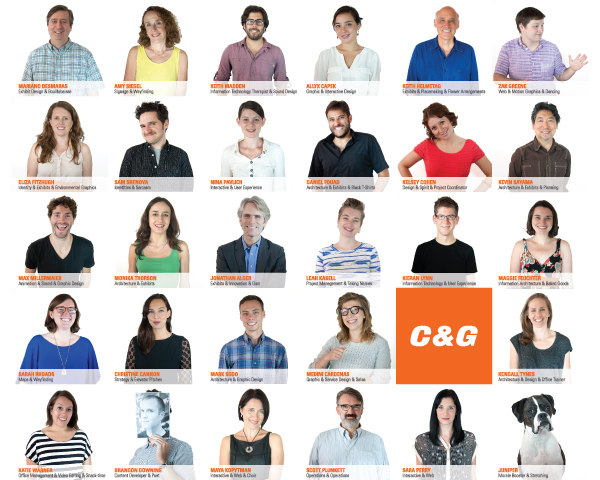