The interactive table at the Star-Spangled Banner exhibit has won a 2009 MUSE Award from the American Association of Museums, who called the installation “breathtaking.” The MUSE Award competition recognizes excellence in media produced by or for museums. Based on an original concept by our SSB design team, and with final design and production by Potion, the interactive table allows visitors a hands-on experience of one of the nation’s greatest treasures. 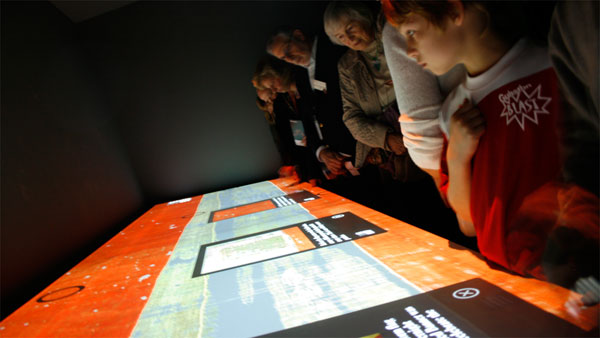 The impressive theatrical and technical execution of this piece impressed the jury. The media appropriately focuses on the object allowing for viewers to see the flag both at scale and in-detail. The immediate proximity of the artifact with the interactive surface of the projected image is breathtaking. The media never replaces the desire to behold the artifact itself, rather it extends and augments and supports opportunities for discovery.