Fresh Press: Art of the Brick at Discovery Times Square

C&G Partners was honored to design the exhibition “The Art of the Brick,” which opened yesterday at Discovery Times Square, featuring the fine art of LEGO (TM) artist Nathan Sawaya. The show, the largest of its kind anywhere, has appeared already in enthusiastic press mentions across the region, country and world. 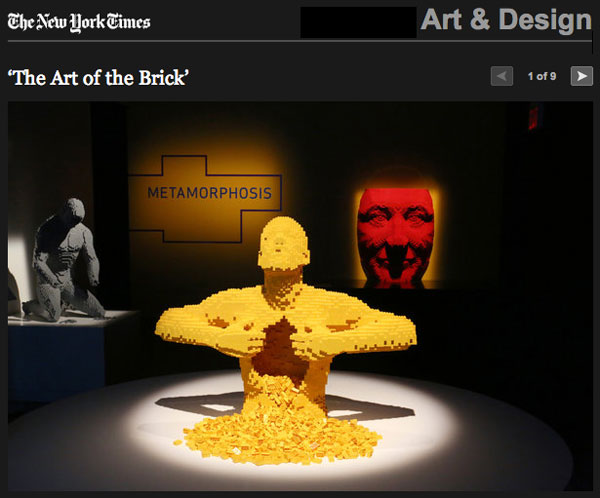 Nathan’s art, and the exhibit interiors, are also featured in a video interview by ABC News 7 … and in an impressionistic video uploaded to YouTube by the Agence France-Press (AFP).

Articles on the show have also appeared in the Huffington Post,  Wall Street Journal, and New York Daily News, among others. Additional press has appeared from as far away as Korea, Poland, Denmark, Russia and Israel.