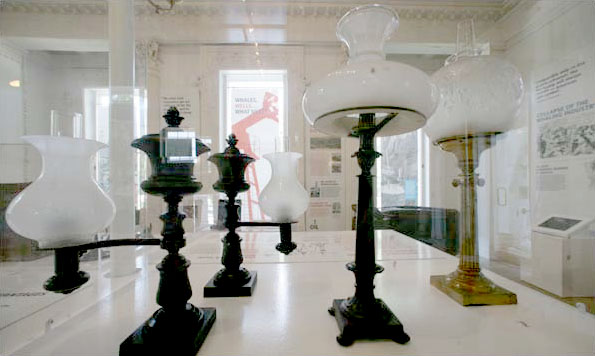 C&G Partners’ exhibit at the Sag Harbor Whaling Museum, “OIL! Whales, Wells … What’s Next?” was reviewed in the New York Times today. The exhibit, open during the summer season of 2008 in Sag Harbor, Long Island, draws a parallel between the revolutionary situation that led to the end of the whaling era and the energy crisis of modern times. From the article:

The museum exhibit, with its antique vials of whale oil, its primitive display of harpoons, eel spears, breast augers and circle cutters, speaks to a world of the most rudimentary technology. Still, even then, men in wooden boats could slaughter tens of thousands of whales and eventually drive some species to the brink of extinction. … The whalers back then were surely no match for the global reach of oil. Now we do it in a world of almost 7 billion people all wanting their own cars and computers instead of the 700 million in 1750 content with whale oil in lanterns. Rather than the pygmies chasing the leviathans of the sea, no one can doubt who’s the leviathan today.