C&G Partners has recently collaborated with the Brooklyn Botanic Garden on a comprehensive new orientation, directional wayfinding and mapping system. 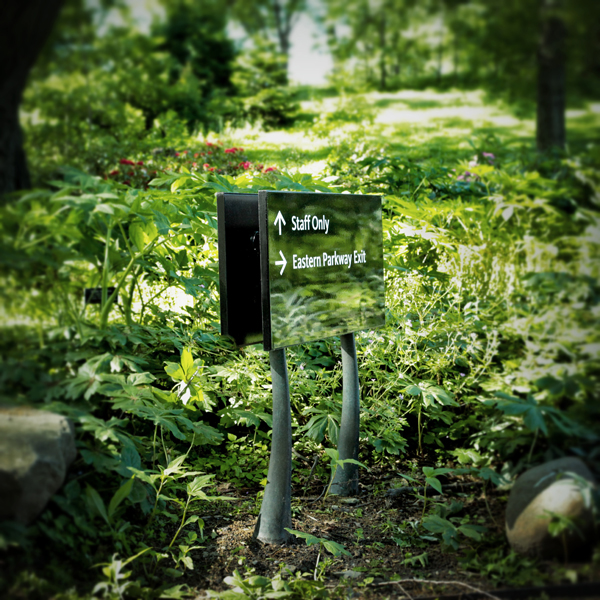 Occurring over multiple phases, the rollout updates an ad-hoc assortment of placemaking signs, directionals and other elements that had developed over the Garden’s extensive history without a central design directive.

The central feature of the program is the Garden’s new map. While stylistically evocative of the lush watercolors that are a Garden tradition, the new map is a fully digital production, able to incorporate future changes in the landscape or nomenclature with a minimum of change. 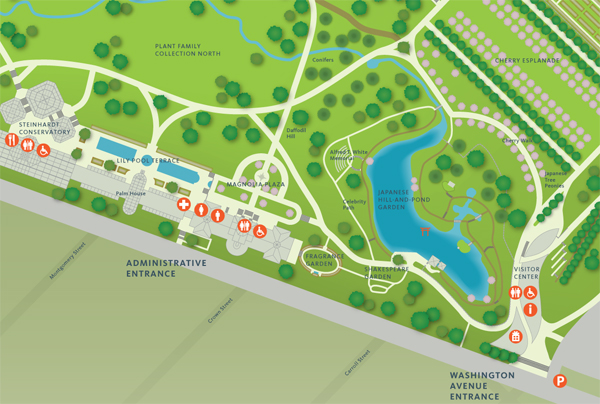 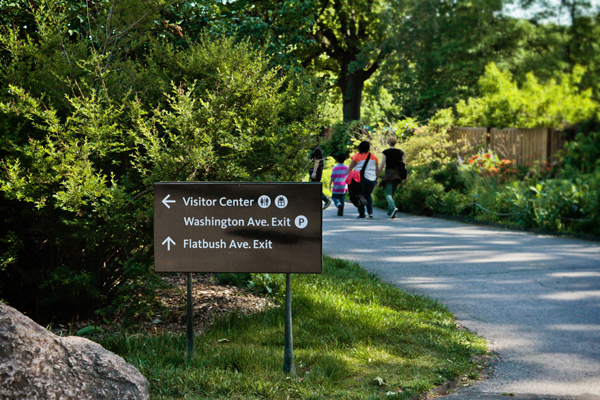 However, this is only the first of a long series of anticipated signage rollouts, as the firm creates more customized maps for the BBG’s individual gardens and expands the directional signage system. 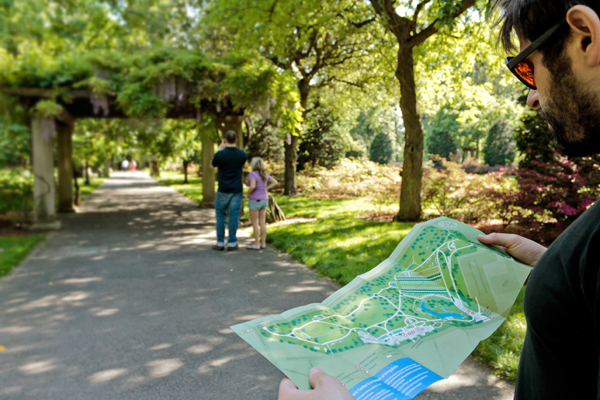