C&G Partners designed new vintage-inspired signage for the Henry Kaufmann Campgrounds of UJA-Federation of New York, the world’s largest local philanthropy. Combining wayfinding and donor recognition, the system unifies a beloved trio of summer day camps for children. The concept is rustic with modern details, both old and new, with playful colors of wood designed to weather. 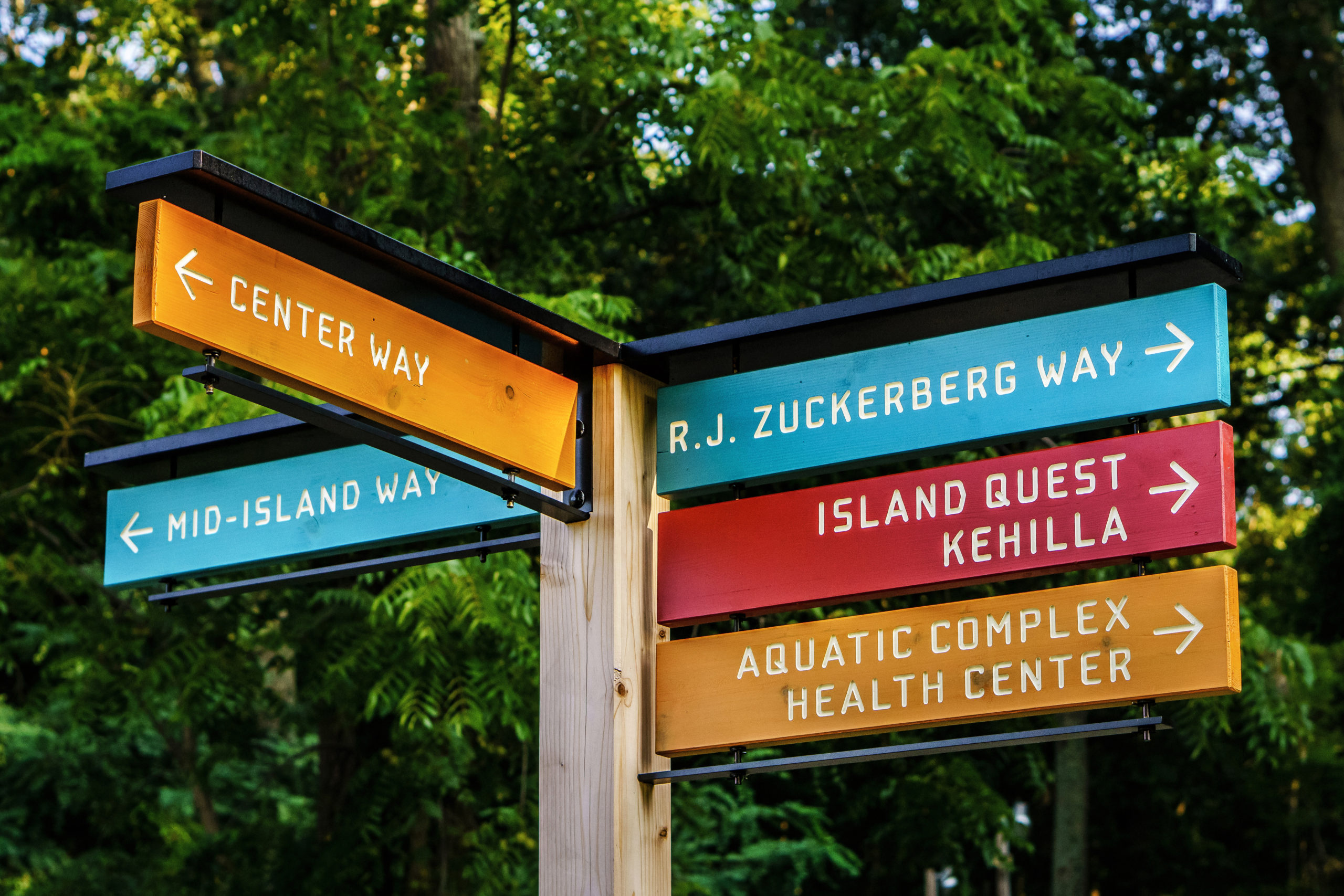 Wayfinding was created to direct visitors and to honor donors. Strong colors act to demarcate and brand the territory itself. A ladder-like structure permits views, through deliberate gaps, to the landscape beyond. 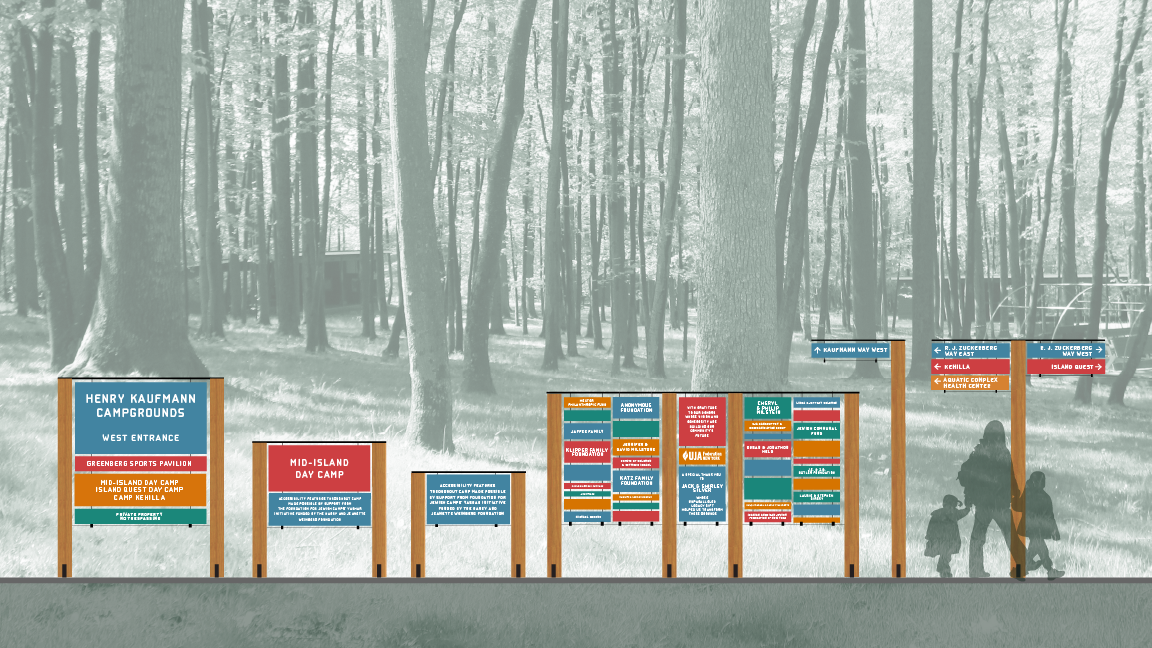 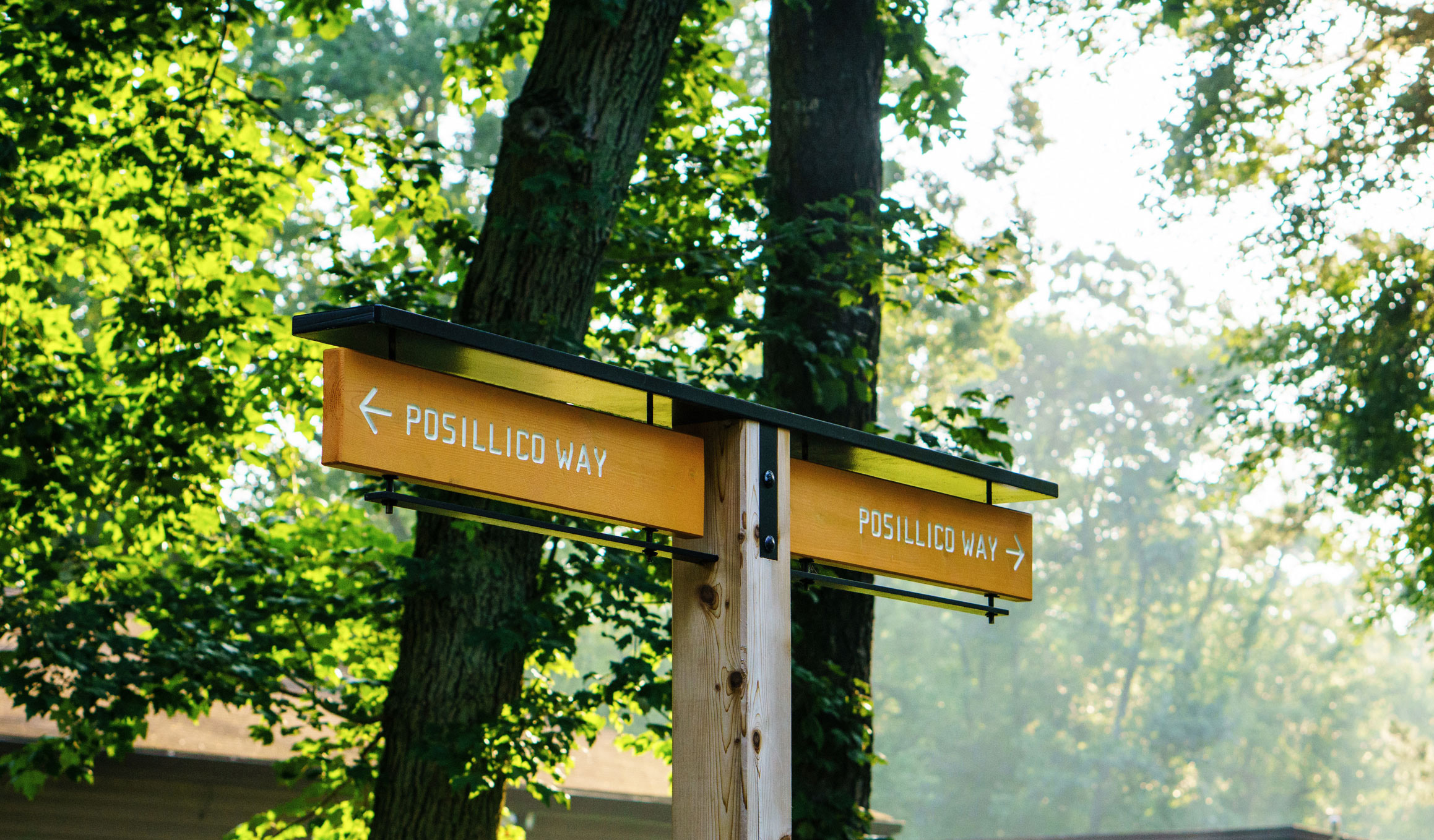 The system was designed to consolidate signs, so fewer would be needed. The threaded panels of the ladder structures update with ease. A guidelines package directs future expansion. 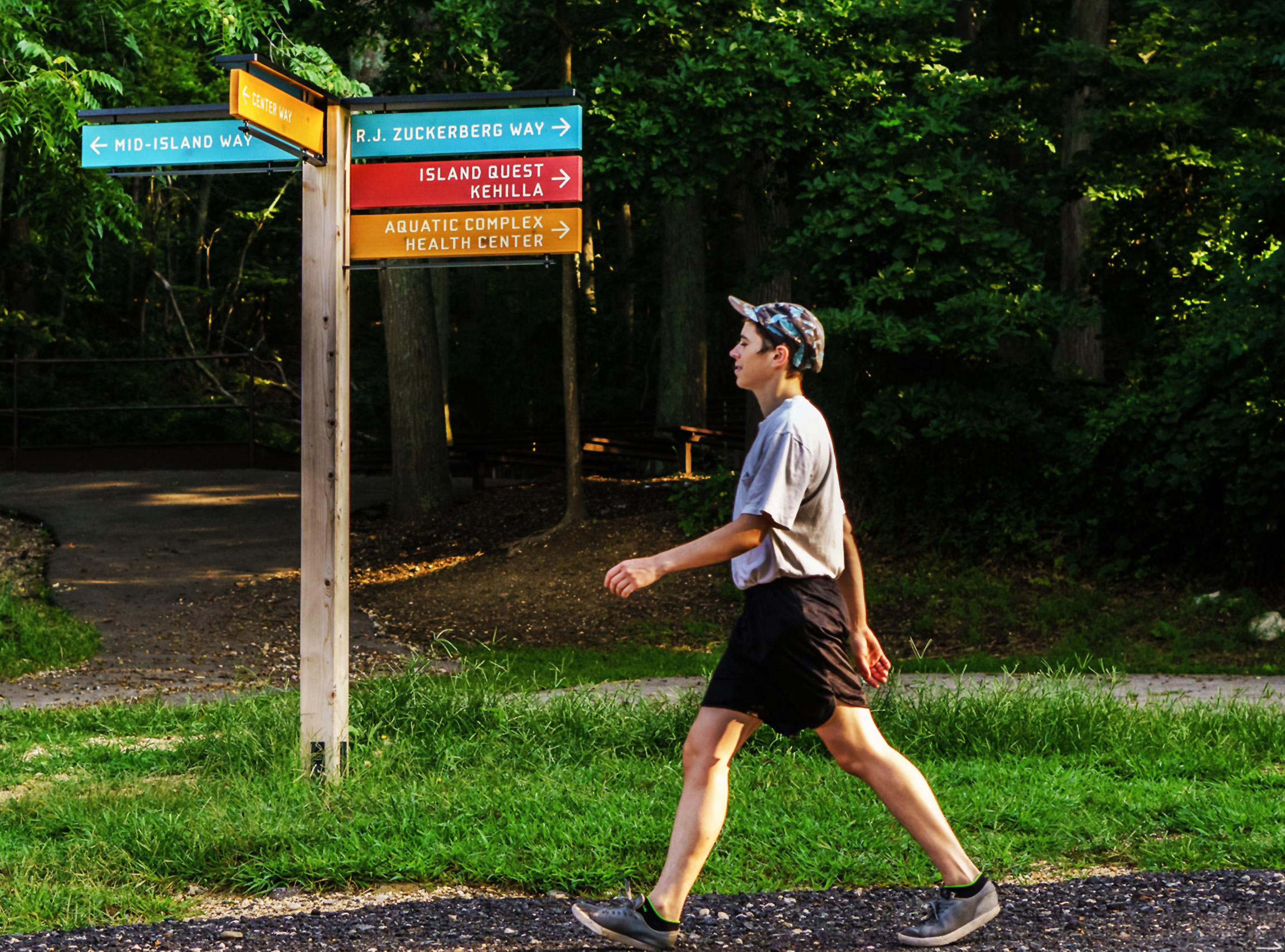 Vintage router-engraved signs of a bygone era were discovered during early site visits. These inspired the creation of a unique new bespoke typeface: “UJA Camp”. 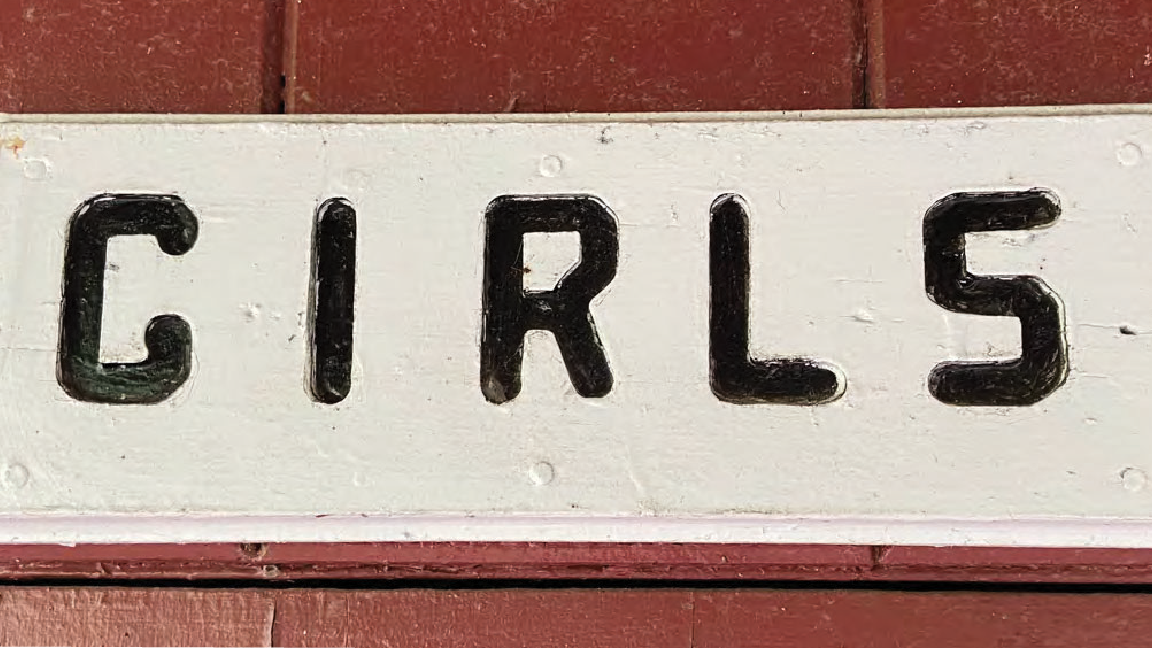 Digitized with care, its letterforms commemorate a vanishing art, complete with the rounded forms and unique gently-askew angles (A, B, G, H, S) of the router templates that produced these original signs. 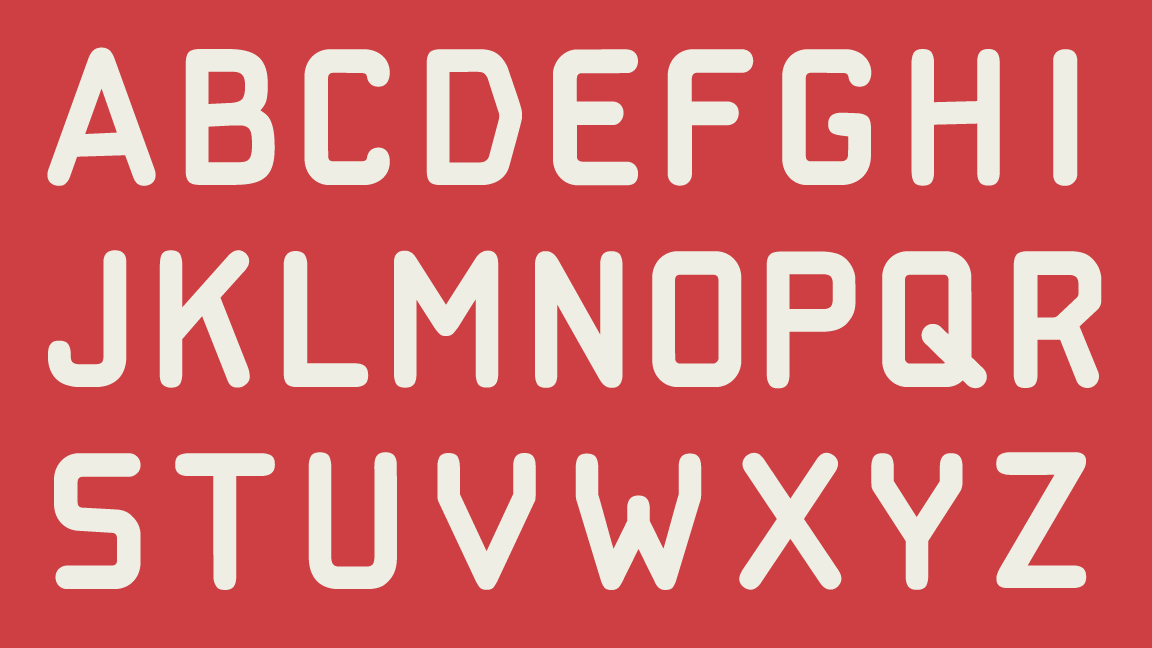 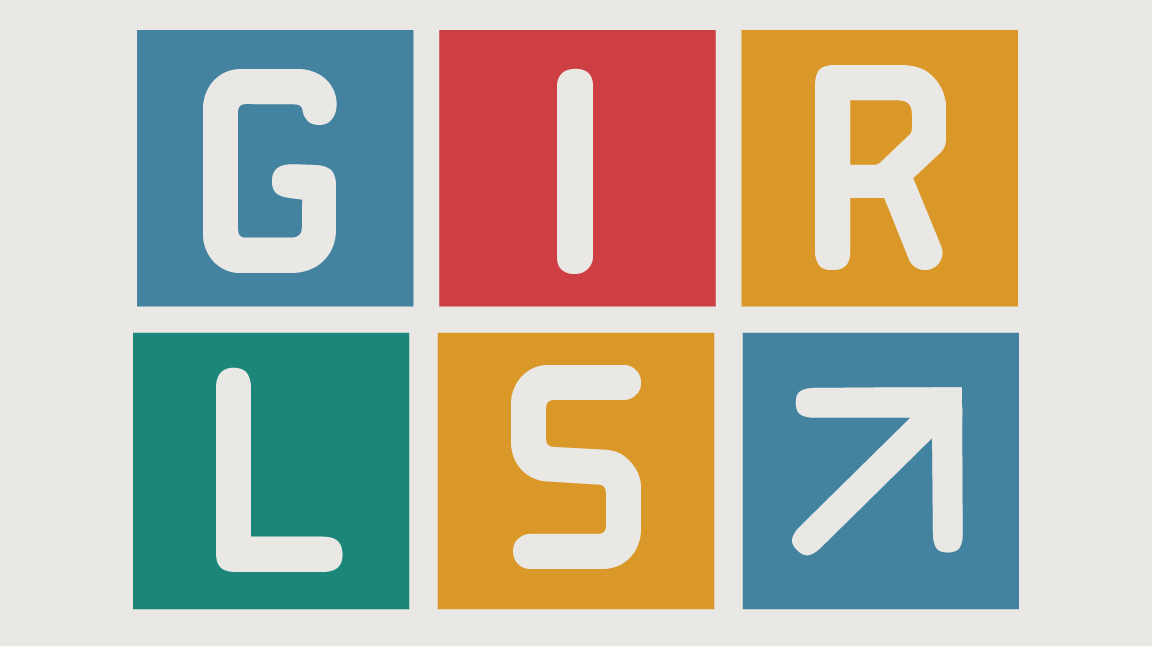 A donor wall was created to honor all the donors to all three HKC campsites. The initial composition was organized so that it welcomes additional names in future. 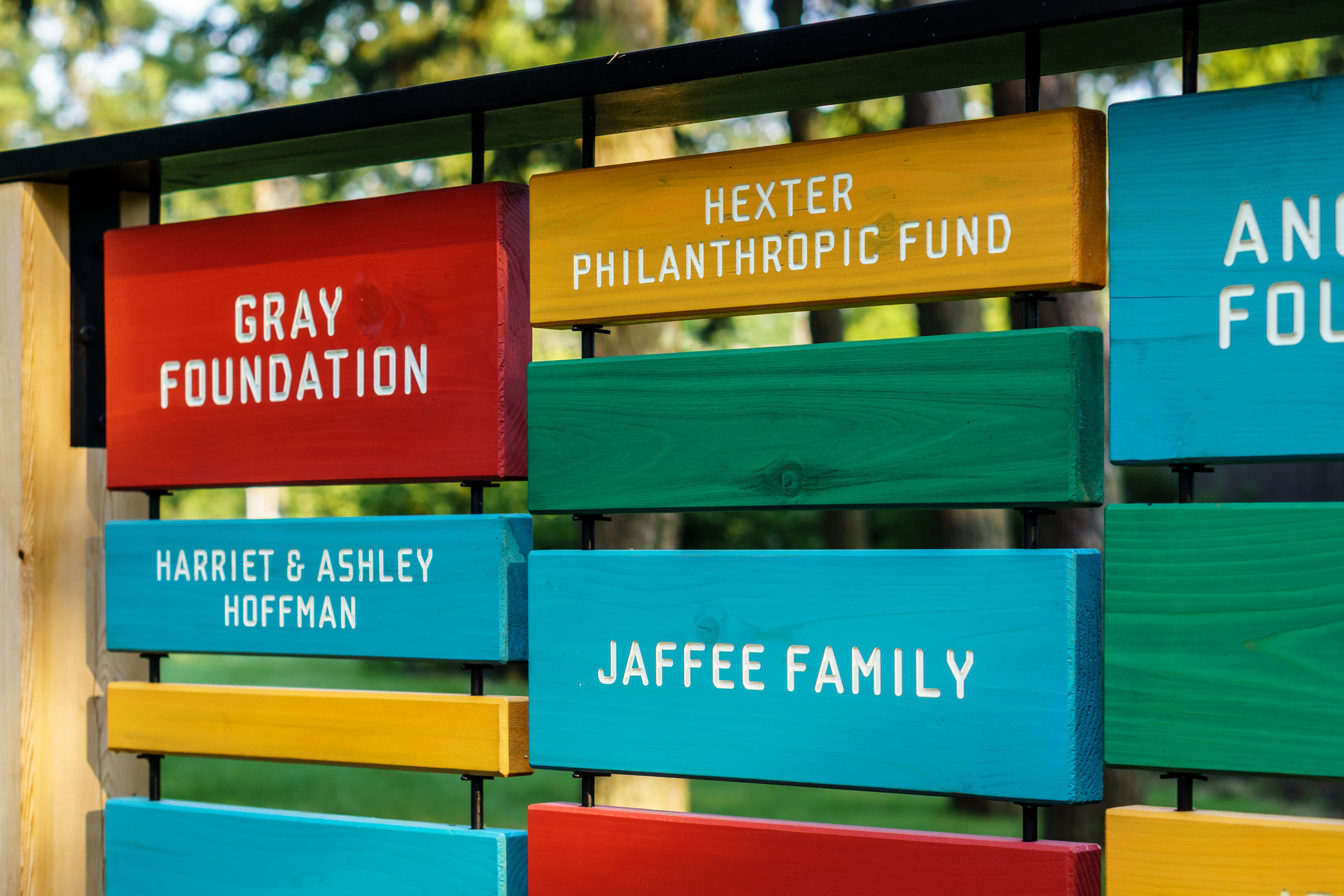 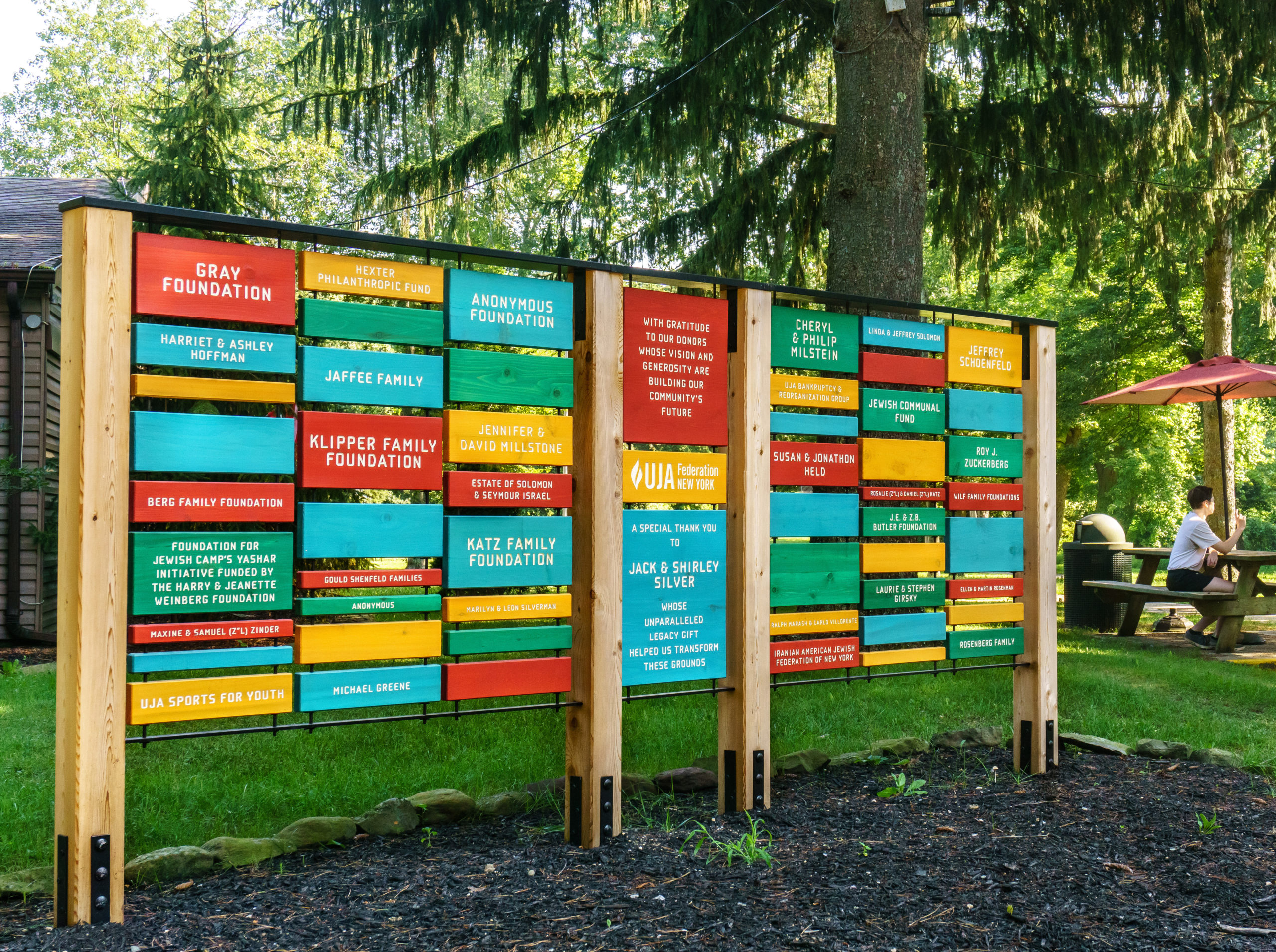 Identification signs were designed to include donor recognition as well as necessary instructional messages. 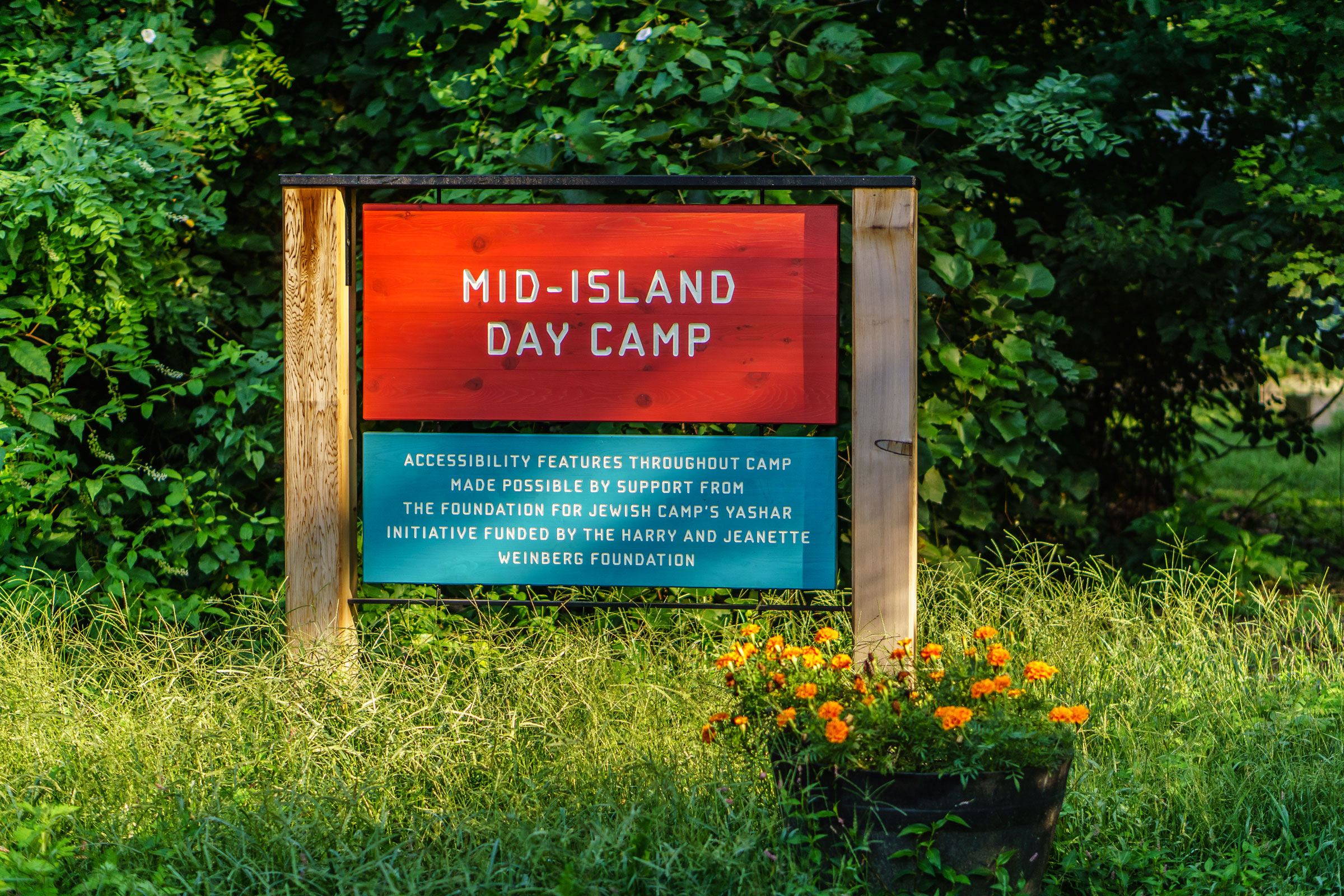