The exhibit “Palaces for the People: Guastavino and the Art of Structural Tile”, designed by C&G Partners for the Museum of the City of New York, opened to the public this week. Local news channel NY1 profiled the story, the show and the curators on a piece that ran today. Guastavino ceilings are a feature of a surprising number of New York City’s greatest public spaces. 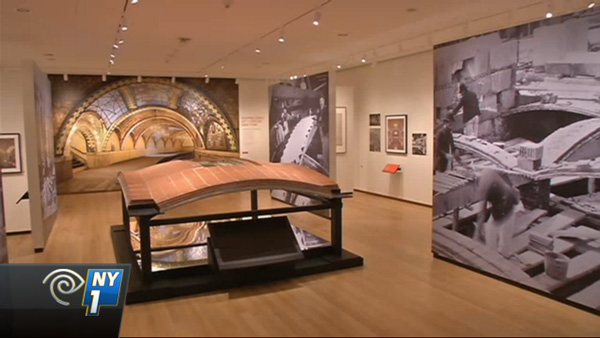