Scientific ocean drilling programs are vital to society. They explore Earth’s history and dynamics using data recorded in seafloor sediments and rocks, resulting in discoveries that advance knowledge related to climate change, geohazards, and microbiology. Supporting this work, a new brand identity project by C&G Partners has two elements. One is a public outreach brand to unify the global field of scientific ocean drilling. The second brands the U.S. Science Support Program (USSSP), the largest of several international Program Member Offices that facilitate their country’s participation in the current iteration of Scientific Ocean Drilling, known as the International Ocean Discovery Program (IODP). 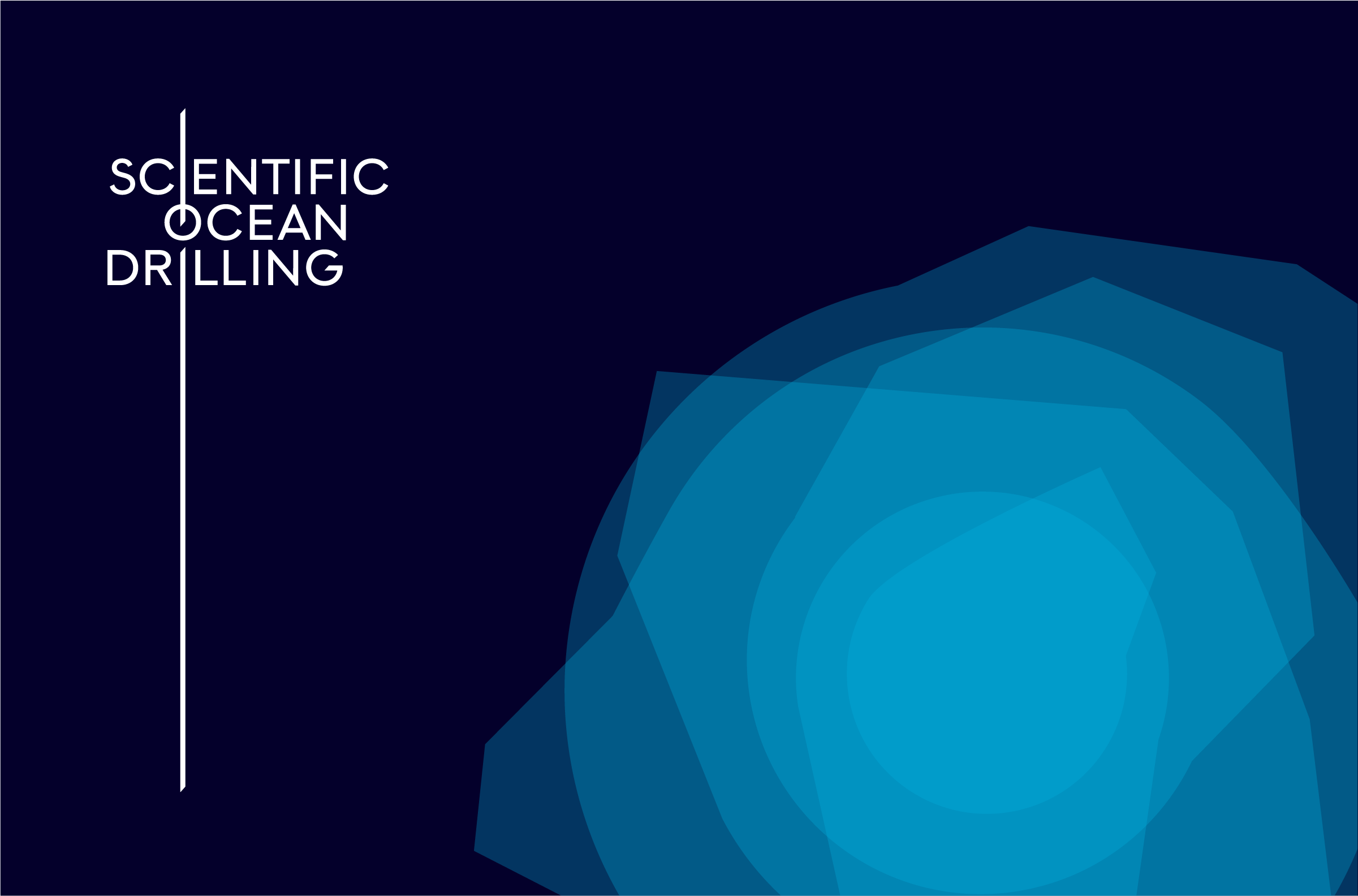 Scientific ocean drill strings pass first through the water, then into different layers of sediment and sometimes rock, retrieving and analyzing core samples. The logotype for the field takes its cues from the sharp angles and long lines of drilling, paired with the layered blues of the deep ocean. I’s and O’s in the logotype align to send a line straight down, which can change length for different editorial layouts.

Scientific ocean drilling expeditions have created whole new fields of study, supporting a wide range of hypotheses including the role of the Chicxulub asteroid in the mass extinction of dinosaurs and other species 66 million years ago. 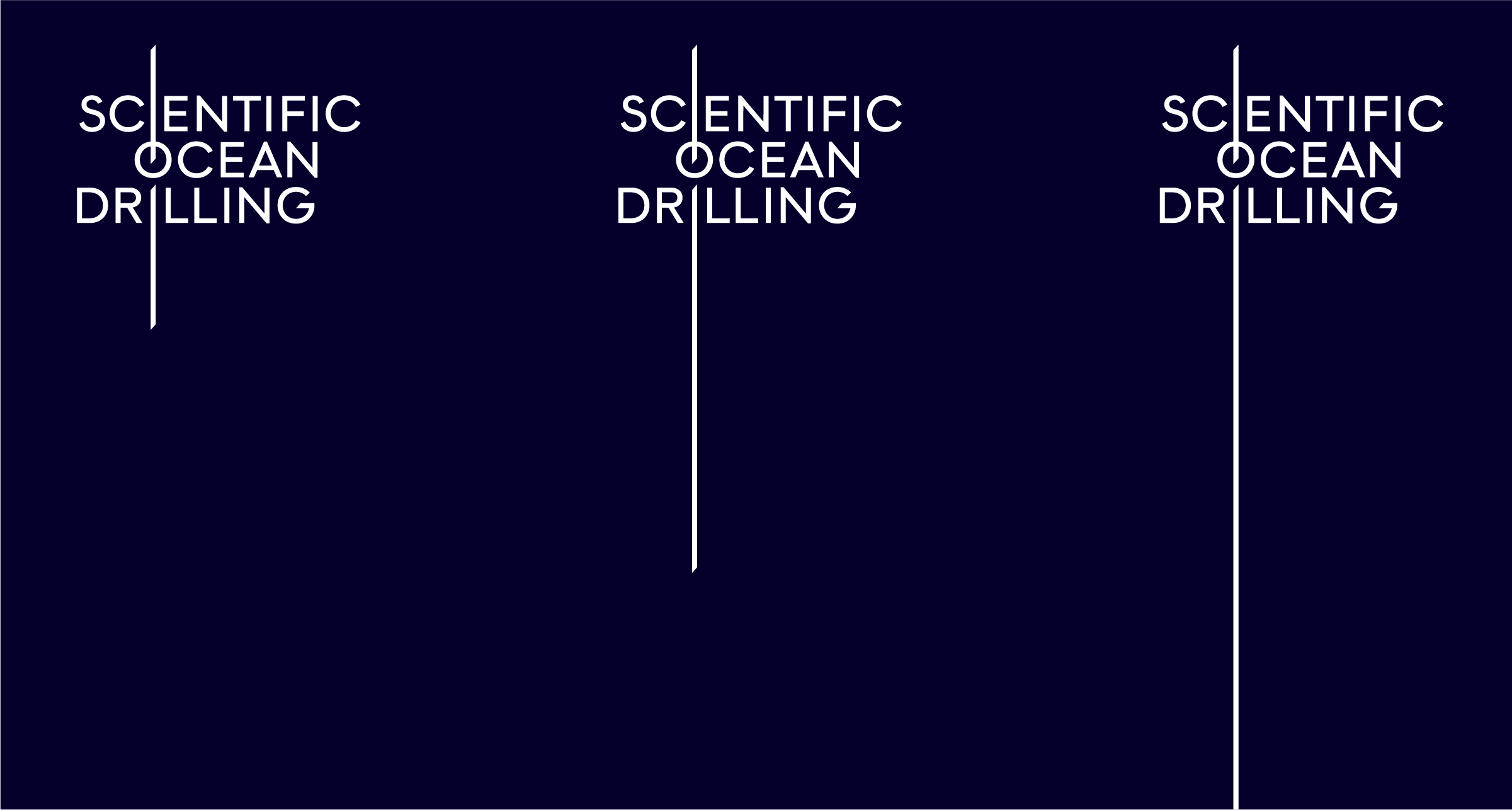 USSSP is one of many international organizations under the current IODP umbrella. The USSSP brand lives in a scientific field that has an alphabet soup of acronyms. USSSP itself is hard to know how to pronounce and its full name, “United States Science Support Program,” lacks any mention of scientific ocean drilling. Our research also revealed that the role and contribution of USSSP within the family of IODP organizations were often unclear, sometimes even to its internal stakeholders. 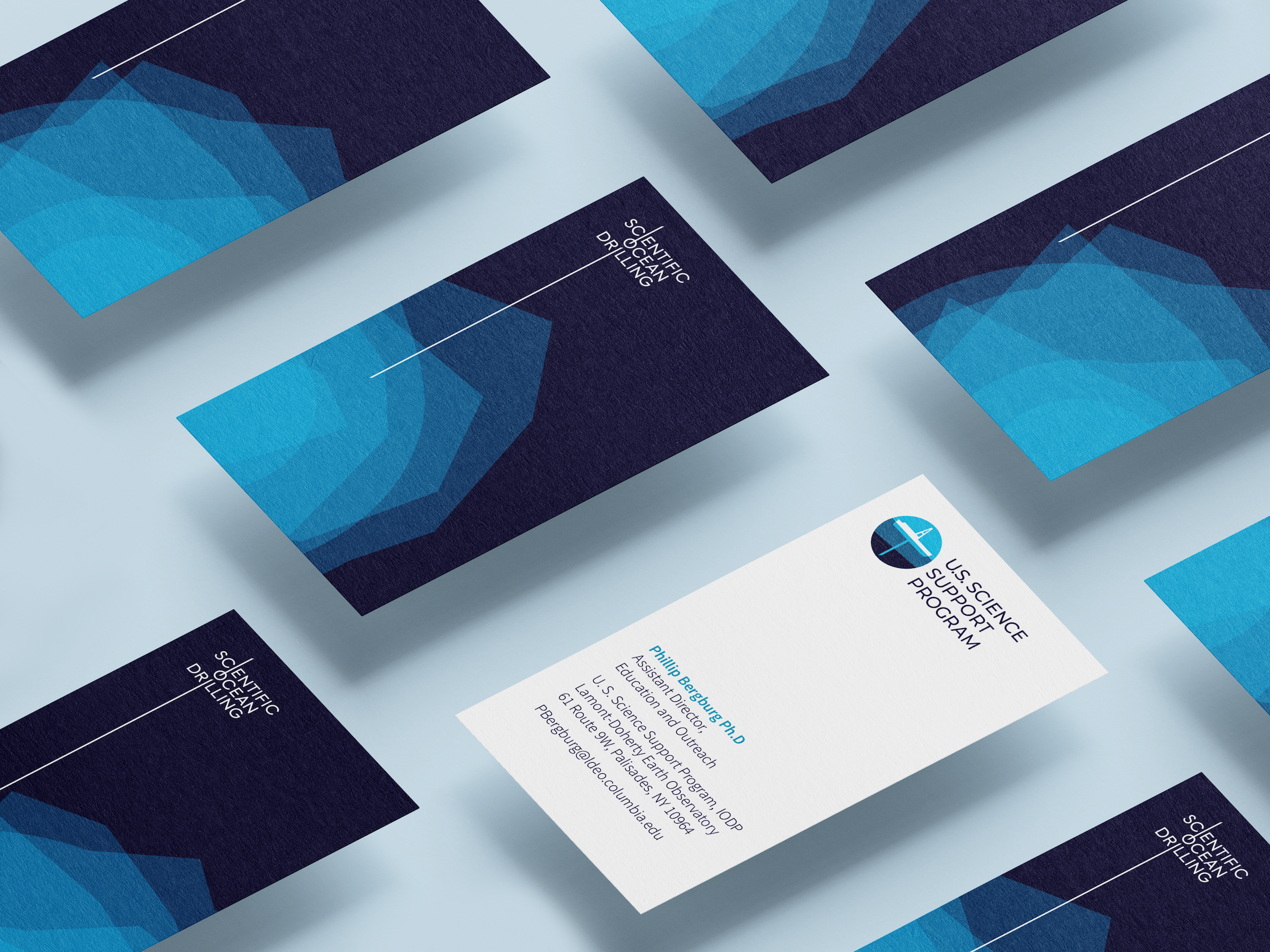 Our analysis of this complex situation is what led to a unique two-logo solution—one to clearly depict the field of Scientific Ocean Drilling and another to simplify and modernize the USSSP logomark to both harmonize and stand out as a major player among its sister organizations.

The previous identity (above left) did not present a visual that immediately suggested what USSSP does. The new identity (above right) capitalizes on a strong and identifiable graphic that adds in visuals related to ocean drilling and geological layers. The typography, freed of the previous circle, is clear and legible at any scale. It is possible that the USSSP acronym could change in the future. But the concept of Scientific Ocean Drilling is a universal one that will stand the test of time. 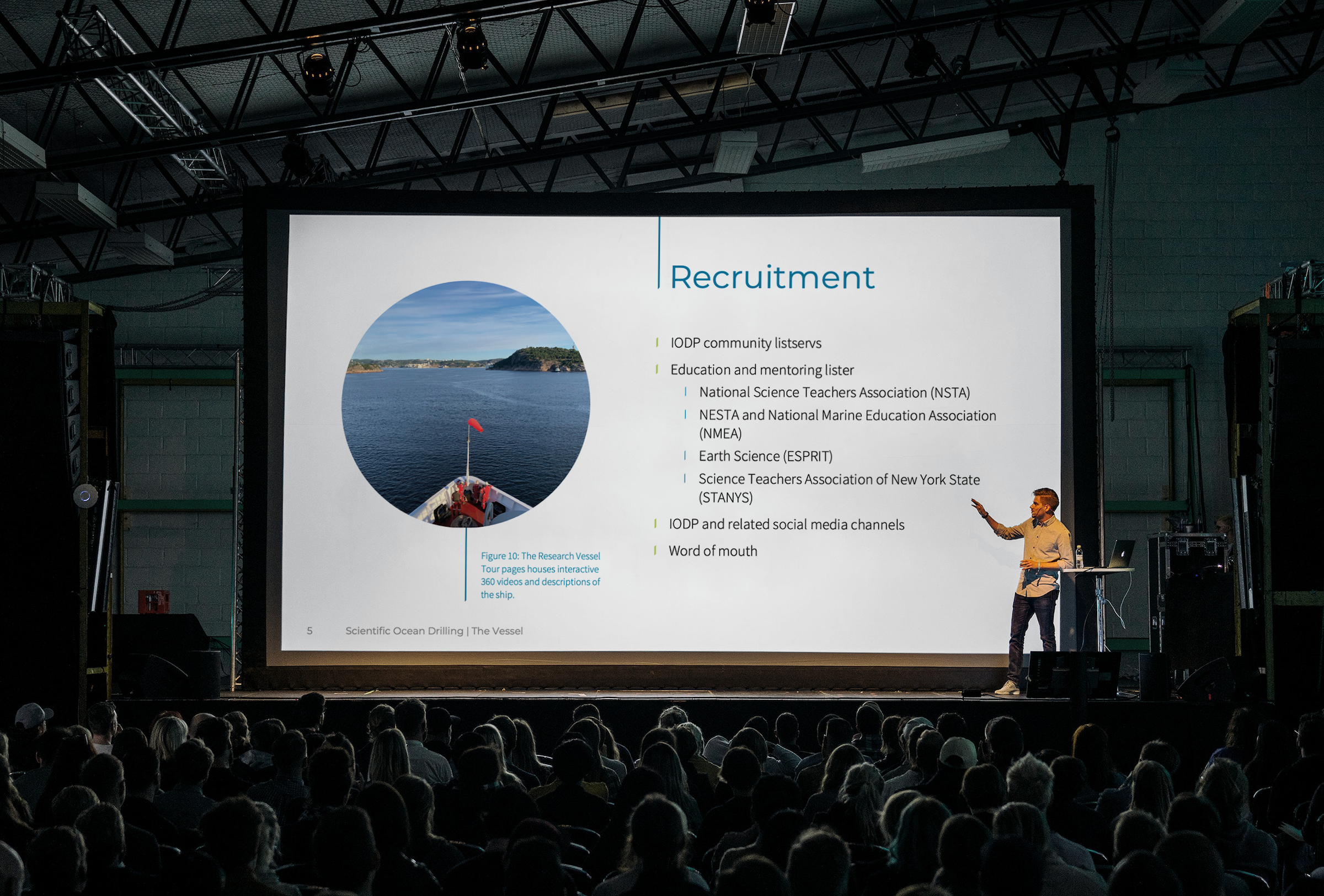 The project continues C&G Partners’ dedication to design for scientific organizations including The Rockefeller University, Optica (formerly OSA), Sanford Underground Research Facility, and others, where we work to transform complex ideas into clear narratives.